We all strive to create work that tells the seven or so stories that are iconic to the human condition in a new, fresh way. The stories that express the truths upon which our civilization depends for its strength and civility are based on human experience and imagination. Writers provide the context in which these ancient stories become the fabric of the future through a contemporary interpretation.

Stories of change, departure, arrival, love, betrayal, struggle, finding a home resonate deep in the human psyche, no matter what the circumstance, characters’ nationality or sex, location or any of the other choices authors make to form a credible world in which fictional characters act out a real-life truth regardless of the genre in which the author writes.

Science fiction, romance, mystery, crime fiction and fantasy, no less than mainstream fiction, must have a modicum of “truth” underpinning the action. And that is because we demand to be enlightened as well as entertained; we demand that, despite our willingness to “suspend disbelief,” the underlying foundation is based on our intrinsic understanding of experience.

Some of the highest paid writers make their fortunes using material created by others and, in some cases, themselves. The Star Trek franchise is one example. The Star Wars saga is another. J. R. Tolkien began with a miniature humanoid and built a fantasy world that became the playground of millions of devotees. J. K. Rowlings created a pre-teen wizard, leading the way for Stephenie Meyer’s Twilight Saga and Suzanne Collins’s Hunger Games which all burgeoned into vast industries of film and merchandise.

E.L. James exploited the work of Stephenie Meyer to build a Sadomasochistic world through fan-fiction. Amazon has created an enterprise for fan-fiction exploitation with its “Kindle Worlds”—stories inspired by books, TV shows and comics.

Although there are no real new stories, copying the work of J.M. Barrie to make a film (Hook) based on characters created by Barrie or redefining the premise of the original story to fit the narrative of another time so that these become the accepted “truth” of the story is an unfortunate result. My advice: read the original novel; that will enhance your understanding of the interpretations.

If you haven’t read Alice’s Adventures in Wonderland but enjoyed Johnny Depp’s portrayal of the Madhatter (or my personal favorite, the White Queen), read Lewis Carroll’s original, fantastic, imaginative story for all the thrills and spills the film left out.

A writer has the task of creating, with words, all the vivid, emotive, intense experience that film and fan-fiction take for their platform. Many of the most memorable films began as books—in fact, it is hard to name a film that didn’t have a written origin. Casablanca started its journey as the unproduced stage play Everybody Comes to Rick's by Murray Burnett and Joan Allison. One of the most beloved films, It’s a Wonderful Life, was based on the short story "The Greatest Gift", written by Philip Van Doren Stern in 1939 and published privately in 1945. And who can forget Gone with the Wind, one of the most famous books to become a film. 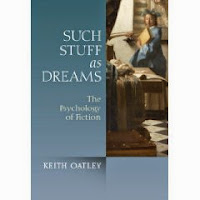 We all hanker for the film deal that will shoot our book/s into the space continuum of the darkened cinema or the digital living room screen. But that will never happen without those words on the page, neither will the fan-fiction or the multi-book saga.

To Self or Not To Self

As most of you know, I am a great proponent of self-publishing. Almost every book I do these days is self-published through my company Sefkhat-Awbi Books, though there are a couple of traditional publishers I am still happy to work with.

That doesn’t mean self-publishing is perfect. Or anywhere close to it.

I realize that self-publishing is not for everyone. You have to be tough, dedicated, and – because it is a heck of a lot of old-fashioned work – tireless. You have to be both sides of opposing forces – the author and the publisher. It’s your book, so as the author you have the power to keep it safe from the ‘writing by committee’ attitude of traditional publishing, where each step from agent to first reader to acquiring editor to content editor can require rewrites. Sometimes many rewrites, so many that you almost do not recognize your own book. Release is at your convenience, instead of having to wait an average of a year or more before your book comes out.

If you self-publish, you have to switch chairs and regard your brain-child, your magnum opus as a product instead of an automatic classic and best seller. You have to have it edited by a professional, for content and for mechanics – and pay for it. You have to lay out the book the way you want it to appear – table of contents, copyright page, dedication, other books by, about the author, whatever. Then, unless you are gifted in the computer arts, you will have to hire – and pay – a formatter. You will have to work with – and pay – a cover artist, hopefully choosing images that will sell your book easily. If doing a paperback, you will have to do all this in paperback format as well as electronic. Also, if doing a paperback, you really should order – and pay for – proofs to make sure everything looks the way it should. For electronic versions, you need to check on their viewers before uploading.

And all this takes time – but you do get 60% plus (depending on outlet) of cover price instead of 6-8% of whatever the traditional publishers decide is the current norm.

Whether you are self-publishing or traditionally publishing, publicity will be your responsibility. A traditional publisher will put your book in a catalogue and maybe send out a press release when release day finally rolls around. Pretty much everything else is on you however you are published.

I’ll admit I’m a control freak. I’m willing to do whatever is necessary to keep my vision, my book, the way I see it. Yes, I work with a wonderful editor and sometimes I have to ‘kill my darlings’ but my word is the final one. I make the decisions on cover art instead of just giving a few recommendations and having to accept whatever the publisher’s art department comes up with. Pricing and distribution are my choice. Format is my choice. This is my book, doggone it, and it’s all my choice. And my responsibility.

Like I said, self-publishing isn’t for everyone. I like it, though.
Posted by Susan at 4:42 AM 17 comments:

The Best Kept Secret: Getting Old is Okay

When I was in my twenties fresh out of college, for a few months I lived with my parents who’d left suburban Long Island when their last child, my youngest brother, went off to college.

I think it’s the first time I was conscious of their age.  I was temporarily back home and meeting new people.  I saw them through my friends’ eyes along with my own and I saw them as old.  They were fifty.

I do remember how excited they were by all the things they could do, the opportunities that were now open to them living in the city.  My father was still working, but after work he loved trying the restaurants that until now he’d only been able to read about.  My mother, who hadn’t worked since I was born, immediately got a membership at the Metropolitan Museum, started volunteering at the local Red Cross and signed up for courses at the New York Botanical Garden.  She especially took to the city like a duck to water.  It was as if she had a new lease on life and I remember being proud of her, but I was also amused because she was “old.”

Now I’m older than they were then, but I don’t feel “old.” If I’m old, and by most definitions, I am, I’ve discovered that it’s not a bad place to be.  From the time I was a child until I went away to college, I didn’t feel like I had control of anything, let alone my future. It wasn’t much better after that.

For as long as I can remember there were people to worry about, standards to measure up to, and of course, the competitions.  I never figured out the rules to those competitions until it was too late, so I wasn’t very good at them, but I worried anyway.

For some reason, those competitions don’t matter so much anymore.  Maybe I’ve been around so long that I can see a lot of them are silly and have finally figured out that comparisons don’t usually make any sense.  I’m not sure.  What I do know is that I’m finally at the age where I don’t worry so much about what other people think and I don’t spend a lot of time comparing myself to others.

There will always be people that are better looking, have more and by certain standards, are more successful.  But I’ve pretty much stopped judging myself by others.  I know I’m very lucky and have the life that I want to lead.

Of course bad luck or tragedy could be around the corner.  Most of us have experienced that first hand: a loved one who dies without warning, a serious illness that changes everything, or a personal disappointment.  No one is immune.  But even so, being older is the most comfortable I’ve ever been in my own skin.  Looking back I think that’s exactly where my parents were when they moved into the city.  My mother, particularly, was the happiest I ever saw her, but both my parents were excited and alive—even though they were “old.”  I think the same could be said about my husband and me and that makes us very lucky.
Posted by Deborah M. Nolan at 3:49 AM 11 comments:

Email ThisBlogThis!Share to TwitterShare to FacebookShare to Pinterest
Labels: aging, Metropolitan Museum, NY Botanical Garden, NY City
Deborah M. Nolan
A former Maplewood, New Jersey, resident and New Jersey Deputy Attorney General who represented the state's child protection agency, the Division of Youth and Family Services, Deborah's first romantic suspense was published in August of 2009. Deborah has been writing for twenty plus years, but only after leaving the AG's office to write full time did her writing career begin in earnest. She now divides her time between Manhattan and Hudson, New York, where she and her husband have a farm. When she's not writing and submitting, she is taking the art classes that she promised herself before retiring and visiting her three children. Despite "retirement," Deborah continues to work as an attorney in Columbia County, NY, representing children.
Newer Posts Older Posts Home
Subscribe to: Posts (Atom)