I knew exactly what she meant and the element of threat was blatant. Also obvious was the attempt to censor. Pavane for Miss Marcher is set in post-American Civil War Maine. I had read widely from all sides and aspects of this era in the history of the United States. 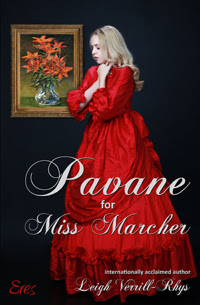 Although, like many Americans, I was very well aware of the heated emotions and often disputed facts of this period, I was determined to write the story I felt most clearly expressed my own ambiguous and conflicted  understanding of our shared history.

The main character is a young woman, Cathryn Marcher, who experiences the trauma and horror of the war while serving in a Union Army hospital in Boston. During her service, she becomes involved with an officer who takes advantage of her youth, loneliness and vulnerability. Their affair ends when he returns to his unit and the war comes to an end.

Many years before, Cathryn had fallen in love with a young man from her town. Her service as a nurse was her contribution to the war, in hope that somehow Rupert Smith was being cared for by a good nurse wherever he was.

Rupert has spent the last year of the war in a prison camp. His courage and honor win him the respect of not only his fellow prisoners but also several of the Confederate soldiers who are assigned to guard the Union prisoners. When the war is declared to be at an end, Rupert is in no condition to return to his small town Maine home. The men from both sides of the conflict have formed a close bond that takes them West.

The encounter with the adamant writer actually sharpened my intention to write a story based on the realities of human interaction and the facts rather than take up camp on any side, right or wrong. In history, there is only one side: the truth with all its convolutions and contradictions.

This story has a happy ending which sometimes happens in life, despite the horror of war and the evil that surrounds us. When confronted by the demand that I "stay on the right side," I determined that I would: to write honestly about what I know.

We should be able to tell something about the speaker from a conversation. A person’s choice of words can be shorthand for characterization. In My Fair Lady, Professor Henry Higgins brags that he can tell from a person’s speech where they’re from, sometimes he can even pinpoint the exact address.

Although regional accents are fading, at least in the United States, one can still show who someone is by their words. If I had a character refer to their friend as their “bro,” you wouldn’t think the speaker was a middle-aged affluent woman.  You’d assume it was a guy, probably in his twenties.

Similarly, if a character used the word awesome, you’d figure the speaker was either in his thirties or trying to appear younger than he is—which gives you a wholly different picture, but impression nonetheless.

Then there is usage that’s come into our language that isn’t necessarily correct or accurate but has been adopted by so many it’s become part of our language whether we like it or not.

“No problem,” is my candidate for an expression that doesn’t make sense. From the first time I heard “No problem,” said in response to a thank you, I hated it.  Even now, thirty years later, I have to bite my tongue to keep from saying, “who said there was a problem? I just said thank you!”

But this is not the only one that bothers me. How about “he (or she or I or you) did good.” Am I the only one irritated by this bastardization? If I am, I imagine a time in the not too distant future where everyone will say, “he did good,” and I’ll be prim and proper old lady hanging on to an outdated concept.  Slowly but surely “he (and whoever else is to be included) did good,” has crept into our usage.

In closing, I should set the record straight before anyone thinks I’m the grammar police.  I’m so not by birth or family of origin or practice. My birth family was and is made up of avid and serious readers who pride themselves on their intellectualism but who play fast and loose with the objective case.  “Between you and I,” could have been said in my house growing up without offending anyone.  On the other hand, Dylan Thomas, Raymond Carver and Cormac McCarthy were all patron saints.

But I married into the Nolan family who, though not all readers (there are a few notable exceptions), were raised, from all accounts, by the grammar Gestapo.  Suffice to say that with my 40th wedding anniversary coming up this year, I’ve cleaned up my act.  But my husband and my critique partners will tell you, I still make plenty of mistakes.  But as it is true with religion, it is also true with grammar, “there’s no one more scrupulous than a convert.”

I assume that anyone reading this has their own grammatical and usage pet peeves and I would love to hear about them.

Email ThisBlogThis!Share to TwitterShare to FacebookShare to Pinterest
Labels: grammar pet peeves, grammar police, Raymond Carver.
Deborah M. Nolan
A former Maplewood, New Jersey, resident and New Jersey Deputy Attorney General who represented the state's child protection agency, the Division of Youth and Family Services, Deborah's first romantic suspense was published in August of 2009. Deborah has been writing for twenty plus years, but only after leaving the AG's office to write full time did her writing career begin in earnest. She now divides her time between Manhattan and Hudson, New York, where she and her husband have a farm. When she's not writing and submitting, she is taking the art classes that she promised herself before retiring and visiting her three children. Despite "retirement," Deborah continues to work as an attorney in Columbia County, NY, representing children.

I once had the pleasure of interviewing Jane Hamilton (author of Book of Ruth and  A Map of the World, to name just a couple of her books). I asked her which part of writing she most enjoys. Here's her answer: 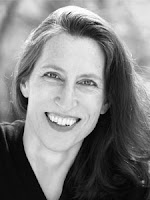 HAMILTON:  I love it when, with some kind of magical harmonic convergence, everything starts to hum along, and you hardly know you yourself are present at work. (This is not a usual occurrence). It’s as if you’ve spun gold from straw; you look up and think, How did that happen? Also, I enjoy reading my work out loud to myself when it’s going well, when I can take pleasure in my own sentences and story.”

I think one of the reasons Ms. Hamilton’s answer resonated so strongly with me was the contrast with some (most?) of the things I say when I talk about writing. I speak too often about the difficulty of writing and too seldom about the joy. I share those moments of inadequacy when the words won’t come and fail to mention the rush of joy when they do come, those all-too-rare moments when I feel that I've “spun gold from straw” or the pleasure of reading aloud a description or a bit of dialogue that got it right. 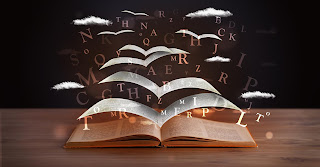 Since I know a fair number of other writers, I know this is common. Writers complain a lot … about the loneliness of writing (then turn around and say we can’t write because no one will leave us alone); about the discipline required (as if anything worth doing doesn’t require discipline); about the lack of time to write (which might be less of a problem if we’d stop complaining and just write); about the demanding people in our lives (what would we write about if we didn’t have them?).

Why do we do this? I’m not sure. I think it’s at least in part because we’re obsessed with writing and don’t know how else to talk about it–possibly due to a misplaced sense of modesty. We’ve been taught that it’s not nice to brag. Fair enough. But is it any nicer to subject those around us to a litany of imagined woe when, in fact, we’re doing what we love? Granted, realization of the pain of writing is a necessary part of birthing a novel, but maybe we need to lighten up and broadcast the pleasures of our chosen vocation. Let’s share the joy.

How to Take a Selfie

Of all the important holidays in June, National Selfie Day is gaining in popularity.  Invented in 2014 and celebrated on June 21st, its purpose is to honor taking a snapshot of yourself.  People can chronicle moments in their lives or use a selfie as a form of self-expression.  Taking selfies is certainly faster than constantly asking strangers to take a photo of you or your group.  And they are more spontaneous than "posing" for a photo. Taking selfies with others requires that everyone squeeze in close, you can't help but smile.  Well, okay, technically they are posed for because you have to get everyone in the shot but they look more fun and spur-of-the-moment.

The Most Famous Selfies

Many people have gained notoriety, both good and bad, with their infamous selfies.  Some have risked their lives to take the ultimate selfie, which is taking the practice too far (like the guy who's running from stampeding bulls in Spain).  Here are a few notable ones:

1.    UK astronaut Tim Peake's selfie of his spacewalk is the first selfie from space.

2.    Celebrity Ellen DeGeneres set Twitter on fire when she took her star-studded group selfie live during the Oscar show—and posted it while the show was live!

4.    A climber's selfie at the peak of Mount Everest proves the world isn't flat.

5.    Nonprofits like the MidManhattan Library use selfies to promote a cause, in this case to bring awareness to banned books.

How to Take a Selfie

By now you're eager to take your own selfies.  The experts suggest these top tips:
* Raise the camera at an angle above you.
* Natural light is best.
* Smile or not.  But have fun with it.
* Be aware of the background.
* You can always edit a photo before sharing.
* Practice.  Practice.  Practice.

Here's a video of simple selfie instructions from W Magazine.  Click the arrow in the center to view.