I celebrate Christmas but I recognize that others don’t and I’m okay with that. So I’m more than willing to wish a Happy Holidays to those who celebrate Chanukkah or Kwanzaa or some other variety, or nothing at all. To those who do celebrate it: Merry Christmas!

That’s really not relevant to anything else, but I wanted to say it.

This year Christmas is going to be different for us (my husband and I). For the last forty-some years, Christmas for our family has centered around our house, the one our children grew up in. The presents accumulated under our tree and everyone gathered here on Christmas Eve to hang stockings and then again on Christmas morning for cinnamon rolls and breakfast quiche before present-opening would begin. There’s always been lots of loud music, raucous games, laughter, and activity.

Even as our kids grew up, got married, and began their families, we always had one or more of them, with spouses and babies, here for the day. This year will be different. Our youngest daughter lives in northern Indiana and had her third child this year. It’s no longer practical for them to travel hundreds of miles each way to spend the holiday with parents.

Our only son moved to England some ten years ago, and married a lovely young Englishwoman. They have an 18-month-old daughter and a second child on the way. They actually did fly over for Christmas last year, but this year they’ll spend the holiday with her family in Kent.

Fortunately our oldest daughter lives close by, so we’ll likely go to her home Christmas morning, taking along our gifts. We’ll join her, her husband, two grown children, and her adult stepdaughter. Dinner will be at our place, since they don’t have a dining area large enough to accommodate everyone.

I’m really very glad that all of my kids have grown up to be wonderful people, and I’m thrilled they’ve all found someone to love, who loves them in return. I’m delighted to be grandmother to six lovely kids (and counting). This is what every parent wants for their children.

But it will still be an oddly quiet Christmas. On the other hand there should be more time for reading and writing.

Who knows? Maybe next year we’ll travel ourselves and celebrate Christmas on Indiana or in England.

Posted by Karen McCullough at 1:00 AM 5 comments: 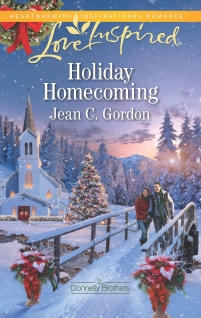 Pastor Connor Donnelly is done with romance. After proposing to his high school sweetheart, Natalie Delacroix, five years ago—and being turned down—he's putting all his time and energy into his community. He's determined to make the Christmas pageant he's directing a success. But family and friends are set on fixing up the good-looking bachelor in time for the holidays. And now that Natalie is back in Paradox Lake—and helping with the pageant—they might just succeed. Because working so closely with Natalie stirs up old feelings…and Connor starts to hope for a second chance with the one who got away. 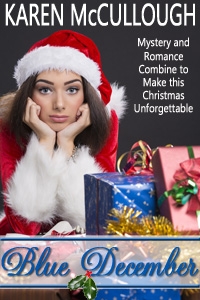 It’s two weeks before Christmas and Meg Brandt, a department manager at Wambash’s, “the store with the answer to all your family’s needs,” has problems beyond the usual seasonal chaos. Her department is losing cash from the registers. Inventory is leaving the premises unrecorded and unpaid.

Security is focusing on her, since the losses are happening on her watch. Her efforts to track down the source of the disappearances have produced no results, and her career appears to be headed for oblivion. When the store’s new security officer starts showing unusual attention to her, Meg isn’t sure what to think. He’s attractive in any number of ways, but she can’t be sure if his interest is personal or professional. 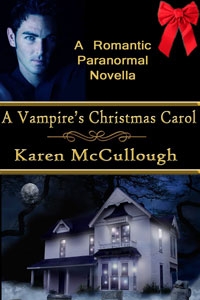 Can Christmas Eve get any more fun? On her way to her family's home, Carol Prescott’s car slides into a ditch in a deserted area with no cell phone signal. The only available shelter is already occupied…by a vampire. To Michael Carpenter, Carol is the bait of a trap.

In an effort to hold onto his soul, Michael has resisted the urge to drink human blood for almost a century. Now he hovers between human and vampire. If he doesn’t drink from a human before the night ends, he’ll die. He’s desperately thirsty, but Michael has seen the soulless monsters vampires are and he prefers death. Carol is pure temptation to him, the Christmas present from hell…or is it from heaven? 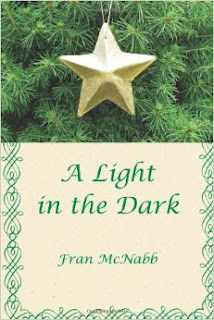 Snow-covered mountains, a secluded cabin, and a crackling fire had been the perfect escape from the chaos of the holiday season for English professor Margaret Daniels. Little did she know when she opened the door for Paul Reynor to carry in a load of firewood, this holiday would be unlike any other. Paul’s assertive attitude and down-home charm bring a smile to her lips but add to the confusion between her heart and her mind.

As Paul and Margaret grow closer through the snow-filled days, they both fight an attraction that seems to challenge everything Margaret thought she wanted. In the end their love must bridge the cultural gap and awaken in them the possibility of a second chance. 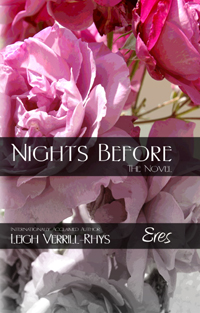 New Year's Eve is a time for reflection and change. Jocelyn has more changes coming at her from all directions beginning on a Portland, Maine winter day than she's faced since her mother's death. None of it bodes well for the junior editor's fledgling career when her fiancé abandons her. If not for three unwise princes, a Viking warrior and a sinkhole…

So starts the last day of an Old Year in Jocelyn Tavers's life. Over the next 12 months, she faces her 26th birthday, falling on Mother's Day, at the same time as she wonders what happened to a certain officious lawman and a certain deserter father remembers her birthday after only fifteen years of neglect.

An ex-boyfriend and the appearance of a complete stranger are not the only obstacles to disrupt her author's book launch, especially when that stranger is her next editing assignment. 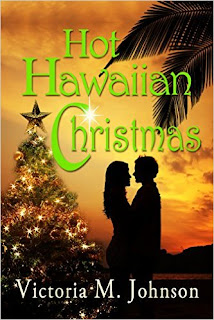 It's Christmas in Hawaii, but Lindsay Clark's vacation turns out to be anything but relaxing. With her uncle absent, she finds herself managing the hotel—a task at which she's normally very successful. However, Lindsay's life is turned upside down by the unfamiliar environment, Christmas festivities, and a very tempting guest—Chandler Lewis. He's the honorary Santa for the Kona Christmas parade and has a great life back home in California. Romance is the last thing on his mind. But when he meets Lindsay, he begins to wonder if life could be sweeter in Hawaii.

Jean C. Gordon
My writing is a natural extension of my love of reading. From the day in first grade when I realized t-h-e was the word "the," I've been reading everything I can put my hands on. As a financial planner, I'm as at-home writing retirement and tax-planning advice as I am writing romance novels. But novels are a lot more fun.